7 Steps To Better Relationships With The Media

Whether the nature of your organisation means the mainstream media can’t help but take an interest, or you’re keen to secure coverage to raise awareness of your brand; getting what you want from newspapers, magazines, journals and radio and television is much easier if you’ve built a mutually beneficial relationship with the people who work at these outlets.

Here are a few tips to start getting better results.

1. Consume More News
Get familiar with the mainstream media. It’s rapidly changing. Make a point of buying a physical newspaper and reading it cover to cover at least twice a week. Look at the stories that run, how they are told and where they are placed. Ask yourself where the stories came from. Why are they running? Better still – compare 2 newspapers on the same day and look at what they have in common and the differences. Do the same with television and radio news bulletins and be sure to approach this exercise with the national media and local media. Over time, you’ll become more familiar with the media and start to understand how they work. Make time to get really familiar with the news.

2. Follow Journalists On Twitter
Twitter is the place where news is gathered. Many journalists have an active presence there and you should too. They are there to be followed, so follow them. Make your Twitter biography stand out as much as possible – the aim is to make yourself interesting to a journalist so that when you follow them, they follow you back.

3. Never, Ever Cold Call
There’s no excuse for a ‘cold call’ press release or email these days. You get one chance to make a first impression so build the relationship via social media first. Follow them, RT their posts, consider a comment or reply if thee’s something of value you can say. The point here is to build a genuine relationship, rather than simply ‘using’ the media when you’ve something to sell or when you’re asking for coverage. It’s a two way street. Contribute something to the relationship first, so that when you then Direct Message them, or tag them in with your story, at the very least they know who you are.

4. Understand What Makes A Story
Journalists are not in the business of giving you a free advert but they do need a steady stream of original stories, just as you need coverage. Sometimes your worlds will collide. But ‘we’ve got a new website/logo/sale now on’ is unlikely to be of interest, and asking them to give you coverage for what amounts to self promotional puff piece won’t do your reputation any good. Keep your powder dry until you have a strong, genuine news angle. If you need help establishing one, contact me today and I can help.

5. Be Specific
You don’t want ‘media coverage’. You want something specific said about you, at a particular time, in a particular outlet, in the hope that you achieve a specific result. Spend time working that out. Perhaps you would like a mention in ‘The Herald’ business section just before you take a stand at an important trade show. Maybe you’d like to be on the Jeremy Vine programme discussing your innovative new product in the run up to Christmas. Or maybe there’s a section of a trade journal that is read by people in public sector procurement and you’re hoping to be invited to bid for a place on a framework. The clearer an idea you have of the type of media coverage you’d like to receive, the greater the chance of you getting it.

6. Think About The Media Everyday
At any given point in time, you should know how much money (roughly) is in your bank account. The same attention should be made to your media relations. You won’t appear in print or on radio or television everyday, but you should have an idea of what’s coming up. Are you building new relationships? Preparing some pictures or video to help accompany your next story? Is a journalist you’ve built a relationship with moving into a new role or asking for help with something? Is there an anniversary or follow up opportunity on the horizon that you could take advantage of? Do something everyday to invest in your media relations and you’ll enjoy richer dividends.

7. Be Persistent…But Respectful, And Always Be Learning
You think you’re busy. Journalists are likely to be considerably busier. They are bombarded with content all day, everyday. Don’t confuse their lack of an immediate reply to your email with a lack of interest. There’s a high chance they haven’t even seen it yet. And if they did and still didn’t reply maybe they got caught up in something else. An element of persistence is important but equally, listen and learn. If a journalist says they’re not interested or it isn’t something they’d cover, respect that and use the intelligence gathered to tailor your approach next time.

8. Bonus Rule 8
There are no short cuts. Like any relationship, a good relationship with the media takes time and commitment. At Comsteria, our media relations training can help you develop the skills to get the coverage you want from the media (or keep yourself OUT of the media if that’s your aim!) Get in touch to find out more. 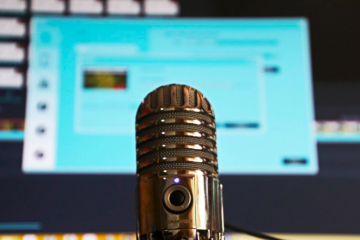 How Much Does Podcasting Cost?

We believe everyone has a podcast in them. And while it isn’t entirely free, most individuals and organisations should find it affordable. You should expect to pay around £15 per month for a professional hosting Read more… 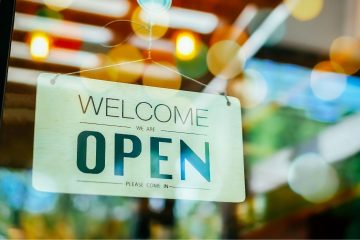 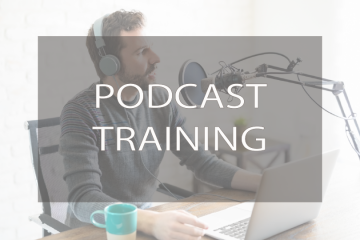 With our background in live radio broadcasting, podcasting is a perfect fit and we’ve been producing our own and helping other brands with theirs for a number of years. Our ‘Secrets Of Successful Podcasting’ workshop Read more…