It’s Over For Zoom

As recently as yesterday afternoon I still thought Zoom had a future for consumer level and semi pro users.

Our advice is that no-one, under any circumstances, should touch Zoom.

Yes, it’s easy to use, has attractive pricing plans and good features.

But the risk of what we thought to be a relatively private video conference with people we know, ending up on YouTube for the world to see is now far too great.

As far as we are concerned, Zoom is Dead, Buried. Over.

It’s now being sued by one of its own shareholders for failing to disclose its privacy issues and although the company has apologised and issued software updates and promised further improvements, it’s all too little too late.

It will limp on for a while with sections of its user base that don’t know or don’t care, but for us, Zoom is entirely toxic and we would advise anyone against using it. If you keep using it, you have been warned.

Before you delete your account, make sure you delete any previous sessions still in Zoom’s cloud storage. And watch the news for class action suits or compensation payouts which you might be entitled to as a Zoom user who has had their security compromised.

And there’s a lesson here for other growing businesses. Could you handle a million extra eyeballs and a huge increase in users all at once? Zoom’s leadership thought they could. Turns out, they thought wrong. 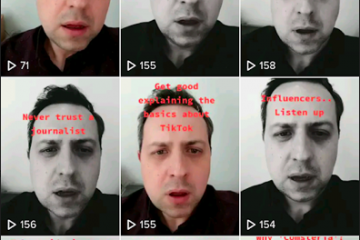 TikTok is a fast growing social media platform, attracting loads of attention, but how does it work and should you use it? We have the answers! And all is explained in our series of podcasts Read more…

Now you can learn how to make powerful, engaging videos for your business whenever you want. Comsteria’s hugely successful Smartphone Video Training workshop is now available as an on demand video. Presented by Emma Baker Read more… 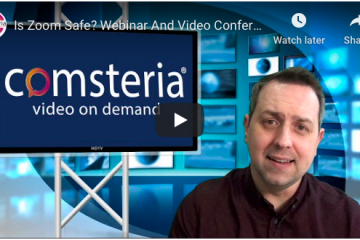 How to run a safe and secure webinar or video conference.

Whether you are using Zoom, GoToMeeting, Adobe Connect, Skype or any other platform of this nature, there are some simple steps you can take to make the experience more secure. If you want to look Read more…