I experienced some first class face-to-face customer service the other day.

The company we lease our office from had taken too much money from our account this month. Naturally, I was keen to get to the bottom of this and put things right straight away.

I’ve been paying this company every month for more than 18 months now and while I have never previously had any complaints about our office or the service they deliver, they never struck me as the most social company.

Apart from the initial meeting when I signed the contract and took the keys, I’d never met or spoken to any of their team. They don’t do much at all on social media and although I receive an invoice every month from an individual’s email address, I never really felt there was a real person at the other end.

As I began to investigate why I’d been overcharged for this month’s rent, I convinced myself this really was a faceless company. The ‘0141’ number on the invoices was unobtainable. The ‘accounts’ email address got no response. Finally, I decided it was time to confirm my fears, and visit the address on the invoices. I’d be wasting my time, I thought, it’ll be a virtual office with nobody there. But at least I’ll know.

I arrived, knocked the door, then realised how wrong I was.

Rachel opened the door and was as friendly, helpful and professional as anyone I’ve encountered. She walked me over to her desk, let me look over her shoulder as she brought my account up on her screen, quickly figured out what had happened and took ownership of the mistake. ‘That’s my fault that one’, she said, ‘I’m really sorry. Would you like me to pay that back right now, or use it as credit on your next bill?’. She did what I asked and sent email confirmation so I’d have a record of it.

During the conversation I mentioned some of the other names I’d seen on the invoices. Rachel showed me where they sit and explained they were off today and the phones were down and she was sorry I’d had trouble getting things dealt with earlier.

So…huge thanks Rachel. That’s customer service with a gold star in my book. Obviously, it shouldn’t amaze me but it does strike me how rare this is.

First, we live in a world where online is emphasised so much. And here’s a company, in a sector where so many others are hiding and ‘unavailable’ actually comfortable doing things face-to-face and doing it so well.

Secondly, I met Rachel at a time when she was rushed off her feet. Colleagues were off, the phones were down and then I turn up to add to the hassle! She could quite easily not have answered the door. I’d have never known. Even after meeting me she could have told me it wasn’t her role, she didn’t have time etc and asked me to email or phone later. I encounter these excuses regularly from other companies.

Finally, when the mistake became apparent, she could have offered me any explanation (or none!). She didn’t need to take responsibility for it and say ‘I’m sorry’. Yet she did all of this, with a smile and in good spirits. And it’s transformed my opinion of the company concerned.

That is rare these days. And it says a lot about Rachel and the company she works for. I’m not naming them here because that wouldn’t be fair but I’ll happily recommend them privately if you want to know more.

If Rachel can do it, what about your business? Can you deliver outstanding face-to-face customer service in a sector where most don’t? If someone turned up at the address on your invoices and knocked the door…what would happen? 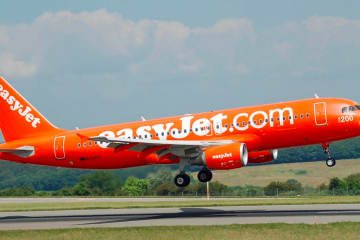 A Twitter user went public this morning with a picture, supposedly showing a passenger on an Easyjet flight sitting on a seat with no back on it. Easyjet’s account responded, asking him to take the Read more… 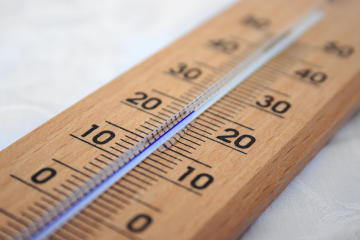 What temperature should the training room be?

As someone who spends most of their working life in different business premises and training rooms running workshops, I’m very aware of the need to make sure every participant is feeling comfortable. So the latest Read more… 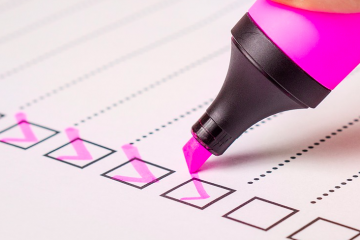 Here’s a true story. I booked a hotel room for a night. All they had available was a single room, non refundable. The following day, things change and I’m no longer able to make my Read more…