5 reasons to Switch to LumaFusion

Subscribe to our video production newsletter for access to video tutorails and resources about making video work for your business.

LumaFusion is undoubtedly the best mobile video editing app out there. But there’s so much it can do, the learning curve is pretty steep.

So if you’re just starting out on your smartphone video journey, I recommend editing in iMovie, KineMaster or Adobe Rush. These apps let you build impressive professional videos while remaining relatively easy to learn.

However, if you’re an iOS user and you’re starting to feel the limitations of iMovie, here are 5 reasons you should try out LumaFusion.

LumaFusion gives you control over a project’s frame rate and aspect ratio right from the start. One benefit of this is the ability to make make 1:1 square videos for Instagram.

It can be frustrating editing on a small screen when you just want to cut out those tiny ‘ums and erms’ from an interview. It’s really easy to move the playhead frame by frame in LumaFusion allowing you to cut a fraction of a second at a time.

LumaFusion is kitted out with all the professional tools you’d expect from a desktop editor like Final Cut Pro or Adobe Premier Pro. A favourite of mine is the ability to add keyframes. This opens up a lot of creative options. The most obvious being the ability to fade music in and out at exactly the right point in your video.

IMPORT FROM CLOUD BASED SOURCES

Great for business, this feature lets you import media from a range of cloud sources including Dropbox, OneDrive and Google Drive. So your team can easily access company logos, brand colours and archived footage directly from inside the project.

This feature-packed pro-tool costs only £28.99. Once you’ve paid it’s yours for keeps. No subscription renewals or hidden costs.

LumaFusion have now teamed up with Apple‘s Final Cut Pro X to let you link your projects. So you can start an edit in LumaFusion then finish it off on the desktop with FCPX. This extra feature costs £19.99 and is a welcome addition for those who want to edit complex projects which might get just a bit too cluttered on a small phone screen. 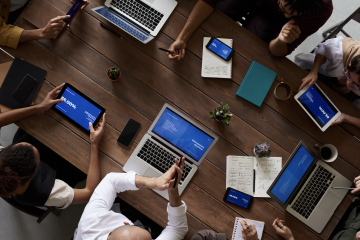 3 ways to add captions to your videos

Subscribe to our video production newsletter for resources and video tutorials about making video work for your business. Subscribe Problem: 85% of people watch Facebook videos with the volume off. Solution: add captions to your Read more… 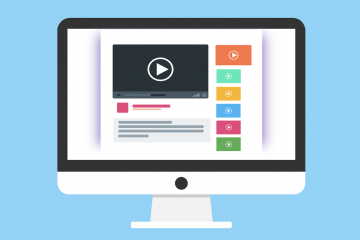 Do you have a brand video on your homepage?  Have you embedded helpful explainer videos throughout your site?  Do you have videos on set landing pages specific to current products, services or promotions?   If you Read more…