A Twitter user went public this morning with a picture, supposedly showing a passenger on an Easyjet flight sitting on a seat with no back on it.

Easyjet’s account responded, asking him to take the picture down and then send a direct message with further details, so that they could launch an investigation.

Twitter users erupted, how dare Easyjet attempt to censor the internet! They RTd the original post in their droves sending reach through the roof and setting Easyjet up for a #socialmediafail.

Some 2 hours later and after calls from various members of the media, Easyjet responded with the following statement: “No passengers were permitted to sit in these seats as they were inoperative awaiting repair. Safety is our highest priority and easyJet operates its fleet of aircraft in strict compliance with all safety guidelines.”

It’s been suggested that the passenger may have sat in the seat purely in order for the picture to be taken, because Easyjet is adamant nobody would have been allowed to sit in it during the flight.

If we take Easyjet as its word, it’s not such a social media fail now, is it? But the story is out there and the initial image and the original Tweet are of far more interest than the truth.

The fact is Easyjet had a plane in the sky this morning which had at least 2 seats with no backs on them. And that’s not a great look for their brand. It doesn’t really matter that nobody had to sit in those seats. It just doesn’t look good.

And what about this ‘attempt to censor’ by asking the original Twitter user to take the picture down? Is it a cynical member of the social media team trying to clean things up and preserve the brand’s reputation? Could be. Or perhaps it’s a smart, well trained member of the team who knows there’s no way on earth any decent airline would allow passengers to sit on a seat with no back for the duration of a flight and is asking the Twitter user to remove the image because of the risk they’ll be on the receiving end of legal action once Easyjet’s lawyers get a look at it. Again, could be.

So we end up with a situation where no-one has really done anything wrong. There’s no social media fail. The maintenance team run a bit behind the chair repair. A passenger sees something interesting and puts it out for 15 minutes of fame. The brand’s social media team try to control something which looks much worse than it is and try to protect the original poster in the process causing the masses to pile in thinking ‘here’s another big brand having a bad day.’

And it’s only when the mainstream media start calling up and asking questions that the brand gets its ducks in a row and pulls a statement together. 2 hours later. That’s the issue for me. The time between the original Tweet and the explanation from Easyjet.

When all is said and done, it isn’t even lunchtime yet and the story is dead and buried. Mainstream media outlets would be off their heads to run it in my opinion. It simply isn’t news.

What it is, is social media in action and a great example of the challenges facing social media teams, communications departments, and press offices on any given day. And it highlights the importance of having a strong, integrated set up, where the people tasked with ‘doing the Tweeting’can get answers to questions and details of operational issues as quickly as possible. Because a 2 hour turnaround is pretty good going if you ask me. Not ideal but pretty good.

The moral of the story? The point of it all? People are inclined to pick up on anything that doesn’t look right and spread it through social media. It doesn’t matter if nobody was at risk or you’d taken precautions, if those seats had been repaired before the flight, if Easyjet had looked at its best, there would have been nothing to see. And asking someone to take something down, for whatever reason, even if it’s to protect themselves, will never play well with the mob. 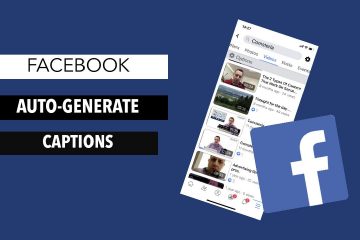 3 ways to add captions to your videos

For weekly news, resources and video tutorials subscribe to our Smartphone Video Newsletter. Problem: 85% of people watch Facebook videos with the volume off. Solution: add captions to your videos On Facebook you have just Read more…

Video: How should comms teams prepare for Brexit?

No easy answer but a few quick suggestions here to help keep things running smoothly in the event of a ‘no deal’ exit from the European Union. 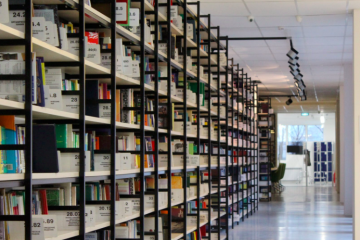 When The Past Comes Back To Haunt You

Lots of PR and communications specialists (and MDs and CEOs) have far too rigid an idea of what constitutes a crisis. With the world moving at such a speed these days, it would help to Read more…