Even her harshest critic would have to agree Scotland’s First Minister is a shrewd operator, and it comes as no great surprise to those of us who have followed her career over the last couple of decades.

Her experience of top level politics both in government and opposition, the people she’s worked alongside and the extra elements unique to her, all combine to make a potent force.

One element that particularly impresses me is how she regularly embraces local commercial radio stations, some of them, comparatively small compared to the likes of BBC Radio Scotland.

An example of this took place just this week when the First Minister appeared live on Central FM’s afternoon show, taking questions from presenter Brian Woolfson and his listeners. Prior to that, she had appeared live with Ewan Cameron on his ‘Greatest Hits’ breakfast show across stations in the Bauer Scotland group such as Clyde 2, Forth 2 and Northsound 2.

This is smart on a number of levels. If we purely play the numbers game – the combined commercial radio networks in Scotland achieve a far higher audience than BBC Radio Scotland. Audience figures out yesterday from RAJAR show Clyde 1, Forth 1 and West Sound (including West FM) have a combined weekly audience of more than 1 million listeners. BBC Radio Scotland achieves 825,000. There are still too many in Scotland’s public sector who fail to recognise the significance of our country’s commercial, local radio stations. A few, I’m sorry to say, consider it beneath them.

Politicians have a history of engaging with the local media, because they recognise its ability to help them connect with large audiences who may be open to political persuasion. Some – such as former First Minister Donald Dewar – even worked for these organisations earlier in their career. I remember waiting to interview him at the 1997 General Election count and being told ‘I always do Radio Clyde first’.

Paisley MSP George Adam and Kate Forbes MSP for Skye, Lochaber and Badenoch are a couple of others who have built extremely good relationships with local media, while also building a reputation for engaging well at a national level. In Kate Forbes’ case her appointment as Finance Secretary obviously means she’ll be called upon to face questions far more often but she works hard at maintaining local relationships too.

If I was considering standing as a candidate in the next Holyrood elections, I’d be getting my media strategy sorted now. When campaigning starts, there will be strict rules regarding airtime. Those don’t apply right now. As we battle COVID-19, politics as we know it, is, if course, quite rightly suspended but you could certainly identify the journalists you would want to build a relationship with and undergo some media training to help build key messages and practice answers to difficult questions you may face.

Often there’s a misunderstanding that local ‘pop music’ radio doesn’t really ‘do’ news. And while the output in some areas has been reduced in recent years, and the regular bulletin duration may be as little as 2 minutes an hour, as opposed to the longer durations on BBC Radio Scotland, the commercial stations do deviate away from this when required. In fact, the commercial music stations are far more flexible than BBC organisations and can organise special programming at just a few hours’ notice.

Of course this requires a different skillset. When I started in journalism, the notion that you could explain a complicated issue in a 20 second soundbite was treated with disdain by some. But many grasped it, practiced and succeeded. And anyone, in any organisation creating video for social media is probably doing exactly that now. Others went further and learnt to operate their own studio equipment (ISDN at the time) which meant they could access remote self-op studios and benefit from additional air-time. The equivalent today would be being able to set up a Zoom or Skype call into a newsroom with confidence and still be able to get your point across with clarity. Do you have a good sound and vision set up? Do you manage not to shout? Our presentation skills workshop, now adapted to include situations where you present over a webinar or video conference link, might help.

I’d encourage our public sector and charitable organisations to do more to embrace the smaller, local, commercial radio and be sure to include community radio too. There are also bloggers, YouTubers, TikTok-ers in communities all over Scotland who can help you reach an audience. It would be smart to embrace them.

If you’re running a big charity or a government quango you should be asking James English if you can come on his ‘Anything Goes‘ podcast. If you can’t see the value in that, and if you don’t think he’d be interested in what you’re doing, then you’re in the wrong job. Because if he wouldn’t be interested, why the hell should anyone else be? And if no-one’s interested, or you can’t make them interested, then you should either be getting replaced or getting your funding cut.

The other reason all of this makes sense relates to the future. Who’s going to be the next Political Editor of BBC Scotland? Or the next Chief Reporter at the Scottish Sun? Where’s the next Kirsty Wark, Gordon Brewer, Andrew Neil or John Mackay?

I’d say there’s a high chance they’re currently cutting their teeth in one of the local commercial or community print or broadcast newsrooms around the country. They may even be trying to establish their own digital channel. Wherever they are, how do you think they’re going to feel when a prominent politician, senior figure in a charity, business leader or representative from a government agency asks to appear on their outlet?

And so with her media strategy, First Minister Nicola Sturgeon is cultivating relationships with the next generation of senior journalists across Scotland. And ‘next generation’ could be as soon as 5 years, given the pace of change across the media. It doesn’t take long to go from being work experience at Radio Clyde to Political Editor at BBC Radio Scotland. Ask those who’ve done it.

Those relationships bring benefits. I don’t mean in any sort of underhand way, I mean understanding how each other operates. Being recognisable. Establishing a rapport and managing situations where you might be able to work together on something for the public good. Establishing trust.

In the end, it’s all about control. And people like Nicola Sturgeon win because they’re smart. You could too.

If you need help establishing a media strategy for yourself and your organisation, Comsteria is here for you. Our media relations training is tailored to you and your particular situation. It’s highly confidential and can take place via a secure weblink. Get in touch today to find out more. Whatever stage you are at, whatever situations you’re going to face, we will help you build the right relationships and get your point across with clarity and personality. 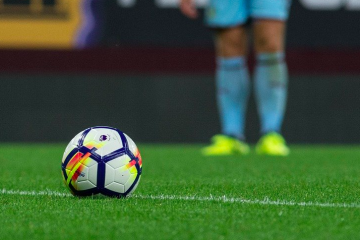 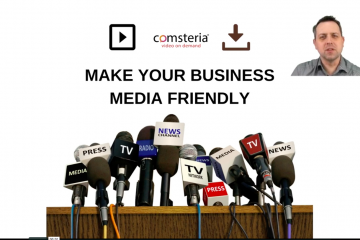 We all benefit from a greater understanding of the media. In my previous career as a broadcast journalist, I saw first hand how some business owners were able to build powerful, mutually beneficial relationships with Read more… 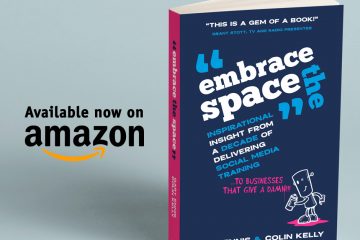