It’s not the old trains, the delays, the WiFi or the political climate.

It starts with the staff. The company has given them the impression that it’s more important that they attend to menial chores around the station than deal face to face with customers. So we see those appalling signs in front of the closed ticket booths saying ‘I’m currently dealing with essential tasks’, such as putting grit on the platforms or mopping the floor. Clearly those jobs are important but you can’t take staff away from front-line customer facing duties in order to do them. Those signs should be for extreme situations – I should only see them once or twice a year in ‘Beast From The East’ type conditions. The fact I see those signs routinely tells me the business isn’t properly resourced and the fact the company is telling staff to get the other work done instead of dealing with customers won’t do much for their morale.

There are some frontline Scotrail staff such as drivers and ticket inspectors who’re capable of smiling, chatting and making the day brighter. But a great many others, particularly on busy routes and busy times give the distinct impression they auditioned for the ‘Ghost Of Christmas Yet To Come’ in A Christmas Carol. Really, are they that bad? Of course not, they’re just human beings trying to do a job and pushed to breaking point.

You hear it when the announcements come over the tannoy. The tone of voice, the whole manner far too often gives the impression that they utterly hate their job.

All of that impacts on the customers. They don’t feel valued either. Of course the delays, the tickets prices and the old trains don’t help. But it’s more a matter of leadership and culture.

It’s not just that ticket prices are expensive, it’s that they don’t make sense. SmartCard options and season tickets may well save me some time and money but I won’t explore them because doing so would involve speaking to the staff and as explained above it looks like they’re having a hard enough time without my questions.

You could argue all day about whether a national rail company should be required to provide high quality free WiFi internet access on all its routes. Personally, I don’t think it should. But the point is Scotrail said it would so when it fails to deliver a reliable service people are naturally upset. They feel as thought they’ve been misled and they don’t feel valued.

And finally the carriages and the lack of available seating. I use Scotrail every day to get to and from work. Here’s what I see. Large numbers of people with bags on the seat beside them and rarely do I see anyone asking them to move the bag so they can sit. People standing with completely empty seats right beside them. Why don’t they just sit down? Why would they rather complain about not getting a seat, when they could, simply, just sit down? The answer is because they don’t feel valued. They’d rather stand their moaning, feeling negative, hating Scotrail. It consumes them and they not find comfort in those negative feelings. That’s how bad things are.

Scotrail management give me the impression they are in complete denial. The half-assed apologies, the pointless posters around stations saying how they’re doing better than they were 3 years ago…all of it utterly meaningless and all of it alienating both the staff and customers.

The way back is to improve the company culture. And it starts with listening to the staff and letting them change the company. These people – the drivers, ticket inspectors, station staff and front-line colleagues from Network Rail – see first hand, everyday what’s going on. And they know how to fix it. They know what it would take for them to love their job again and they know the service customers want in order to feel valued. These people are experienced, care about the job and have the skills and ideas to make things better. So let them.

I’m not saying ferry operator CalMac is perfect and I know it operates in a different political environment, but I get the impression from CalMac staff that they feel valued and have faith in the system they’re being asked to work under. Maybe there’s something Scotrail could learn from them?

Scotrail allows itself to be used as a political football because it plays into the hands of its opponents. It allows itself to be measured by satisfaction surveys, punctuality etc. Those metrics are important of course but Scotrail has more fundamental problems. Everyday I see staff working for the company who’s demeanour leaves me concerned for their mental health. And I see customers starting their day using a service which causes them significant stress.

Have you ever used the self service scanner in a supermarket and had it fail on you? That feeling you’re left with in that moment is the feeling I get every time I use Scotrail. That feeling that you’ve not been understood, a longing for some human connection, a feeling that you just don’t matter. It’s not a healthy feeling. But in a supermarket it passes in a few seconds when a member of staff comes and clears the problem. On a Scotrail train that feeling lasts much longer. And if you’re working for the company it must be almost permanent. 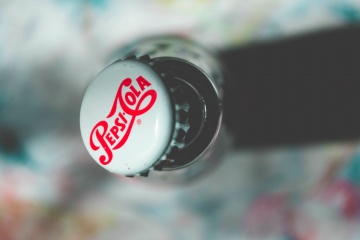 What Makes A Good Brand?

There are many elements that contribute towards building a good brand, many of them subtle. You might argue that you only truly know what makes a good brand when you have successfully built one, and Read more… 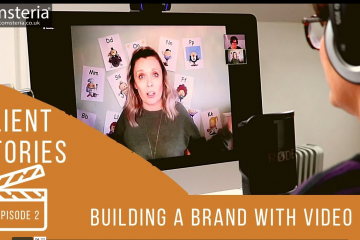